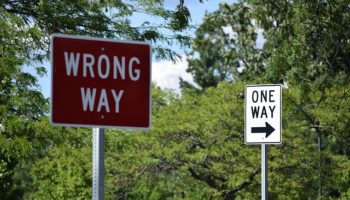 The National Transportation Safety Board (NTSB) analyzed data from wrong-way accidents to determine the common factors associated with these crashes.

To help prevent wrong-way crashes, cities and states have worked to improve signage and place barriers in problem areas where wrong-way driving is common. However, more needs to be done when dealing with drivers who head the wrong way because they are drunk. The first place to start is to address their likelihood of driving drunk. Many of the wrong way drivers in fatal accidents have a history of bad driving behaviors, including multiple DUI convictions.

Harsher DUI penalties and increased public awareness of the consequences of drunk driving are sometimes effective deterrents, but they do not always work. The NTSB recommends that DUI offenders should be required to have their vehicles equipped with an alcohol ignition interlock device or another type of alcohol detection device. These devices would prevent the driver from starting the vehicle if his or her BAC is over the legal limit of .08.