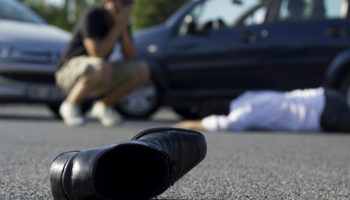 4th of July Weekend Accounts for Almost Half of DUI Deaths

Independence Day is the most dangerous American holiday weekend of the year, accounting for almost half of all DUI car accidents that result in death.

According to the National Highway Traffic Safety Association (NHTSA), Independence Day weekend accounts for almost half of fatal car crashes linked to drunk driving. NHTSA has been tracking car crash statistics in the U.S. for a quarter of a century. Statistics for the last 25 years show that alcohol is responsible for about 51 percent of all deadly traffic crashes on July 4th. Between 2007 and 2011, 40 percent of all traffic deaths were caused by drunk driving over the Fourth of July. Between 2004 and 2008, there were 148 motor vehicle fatalities on July 4th, while a typical day has an average of 114 traffic fatalities.

The Insurance Institute for Highway Safety research shows that July 4th has historically been the deadliest driving day for Americans. Between 1986 and 2002, July 4th was continuously the day with the most car crash fatalities each year, accounting for a total of 2,743 deaths. The day with the second highest number of deaths for that period was July 3rd which accounted for a total of 2,534 highway traffic fatalities. Between 2011 and 2015, there were 307 traffic deaths on the Fourth of July, and drunk driving contributed to a high number.

Independence Day weekend puts millions of drivers on the road each year. While some are taking a weekend trip to nearby lakes and campgrounds, others are traveling to local parks and fairgrounds to enjoy family cookouts and watch July 4th fireworks. Whether it’s hot dogs on the grill or picnic basket sandwiches, there are almost always coolers filled with beer or wine. More beer is sold on July 4th than on any other holiday, including Saint Patrick’s Day and New Year’s Eve.

In Chicago, five people are injured in car accidents every day, and every three days someone is killed. Illinois has strict laws with regard to driving under the influence of alcohol and other substances that impair driving. Additionally, when drunk drivers cause severe injuries or deaths, they can be held liable for medical bills, pain and suffering, lost wages and more.