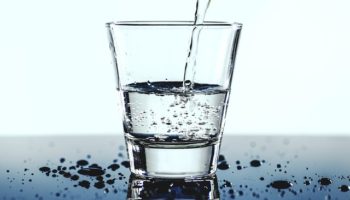 Drinking water in Mahomet is tainted from an underground gas leak. The leak was found at a natural gas facility located near the Mahomet Aquifer. According to reports, a 2016 leak contaminated private water wells in the area with methane and made numerous area residents ill. Recently, a Champaign law firm filed a lawsuit against Peoples Gas on behalf of 17 Mahomet area residents who became ill from the drinking water. The lawsuit alleges negligence and consumer fraud, and seeks $50,000 in personal injury damages for each plaintiff, plus punitive damages.

Peoples Gas stores gas in Champaign County at Manlove Field and ships it via pipeline to Chicago areas. The natural gas is stored 4,000 feet underground beneath the Mahomet Aquifer which provides drinking water to hundreds of thousands of central Illinois residents. The lawsuit alleges that Peoples gas had a major blowout in 2015, but did not report it. In a 2017 incident report made to the U.S. Department of Transportation, the company reported a pinhole leak that only affected a 139-foot radius. However, lab reports confirmed contaminated drinking water at a resident’s home more than 1,500 feet from the original leak site. The lawsuit also alleges that a lab report was received by Peoples Gas confirming contaminated water at a Mahomet firefighter’s home on March 29, 2017, but they didn’t notify him of the problem for one month. Once notified, the man contacted the Illinois Department of Public Health. He was told that his call was the first notification to a government agency about the Mahomet gas leak and contaminated drinking water.

The Illinois Attorney General has also filed a lawsuit against Peoples Gas. A court order was issued that requires the company to identify the cause of the leak and ensure safe drinking water for area residents. A spokesman from Peoples Gas responded by stating that the water is safe for drinking, bathing, cooking, and other everyday uses. They stated that the Illinois Department of Health confirmed that the levels of methane detected in underground wells does not pose public health concerns, even though thousands of area residents have complained about milky, cloudy drinking water, strange, tiny bubbles in the water, flammable water, and a film left on the skin after bathing.