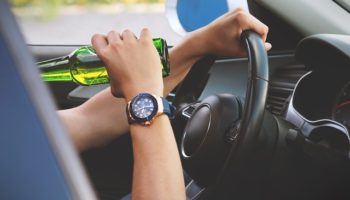 These Driving Behaviors Are Often Deadly

More than 37,000 people die in car accidents every year in the United States and the National Highway Traffic Safety Administration asserts that five driving behaviors are major contributors to the accidents that cause these deaths.

Are You Guilty of Deadly Driving Behaviors?

Millions of drivers are guilty of negligent behaviors that have deadly effects. The top deadly driving behaviors that contribute to traffic fatalities each year include:

High speeds contribute to almost one-third of all deadly traffic accidents. The severity of injuries in a car crash is directly related to the speed of the vehicle at the time of the crash. Speed-related car crashes accounted for approximately 113,000 deaths between 2005 and 2014 in the U.S. and took the lives of about 10,111 people in 2016 alone.

Impaired driving which includes driving under the influence of alcohol and/or drugs, certain medications, and deficient driving skills is a leading cause of fatal car accidents. Teenagers and young adults are the main culprits of alcohol and/or drug use while driving, but senior drivers are often impaired by the effects of medications and problems with cognitive skills. Drunk driving killed 10,497 victims in 2016.

Whether driving on a congested city street or a busy Chicago expressway, staying in the right lane helps to prevent car accidents. New lane departure warning systems can alert drivers when they stray from the proper lane, but unexpected lane changes still put motorists at risk. Nearly 8% of traffic deaths involve the failure to maintain the proper lane.

Failure to yield often causes fatal car crashes, especially on freeway merge ramps and among senior drivers over the age of 70. Running red lights, rolling through stop signs, and ignoring yield signs can cause fatal accidents for drivers caught off-guard.

Although talking and texting on a cell phone while driving is illegal in 46 states, the NHTSA estimates that there are over 600,000 distracted drivers on U.S. roadways. Teenagers and young adults under age 30 are the main offenders of distracted driving. Risky behaviors such as talking, texting, emailing, taking selfies and videos, as well as eating, drinking, and primping while driving caused 3,450 deaths in 2016.