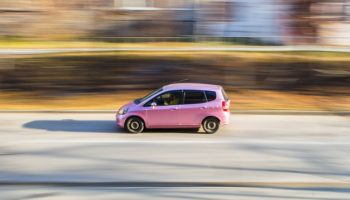 Excessive speed is a leading cause of car crashes that result in severe injuries and deaths every year, but safety officials are not doing enough to prevent it.

According to the National Transportation Safety Board (NTSB), speeding is just as significant a factor in U.S. traffic deaths as alcohol. Between 2005 and 2014, speed-related car crashes contributed to approximately 113,000 deaths, accounting for about one-third of all traffic fatalities. During the same period, 112,948 people died at the hands of drunk drivers on U.S. roadways. Accident statistics show that high-speed traffic deaths have risen over the past few years, but safety officials have not done an adequate job in reducing them.

The NTSB has expressed concerns over the lack of penalties for drivers who speed. Although high-speed drivers cause as many traffic fatalities as drunk drivers, consequences for DUIs are much harsher. Drunk drivers involved in car accidents face steep fines, suspended drivers’ licenses, and possible jail time. High-speed crashes often result in severe injuries and deaths, but many drivers don’t face the same serious penalties or jail time even though safety officials acknowledge that high speeds kill. The severity of injuries increases significantly with the speed of the car. In a car crash at 30 mph, a person has a 60 percent chance of survival. When the speed increases to 50 mph, a person’s survival rate drops to 40 percent.

Many cities are taking a closer look at speed limits and road configurations, especially in busy urban areas where injuries to pedestrians and cyclists are higher. Some cities are getting drivers to slow down by adding speed bumps, curb bump-outs, crosswalks and bike lanes. Boston has initiated a program that will redesign streets in five communities and slow drivers down to 20 mph. Many large cities, like Chicago, are trying to make streets safer by creating car-free travel alternatives to commuters. Redesigned streets that slow traffic down, often called road diets, are preventing high-speed car crashes and saving lives.

The NTSB urges motorists to slow down to prevent traffic injuries and fatalities. New vehicles with sign-reading sensors and GPS systems can now alert drivers when they are exceeding speed limits. Safety officials recommend that these features be made available on all cars and included in car safety ratings for consumers.