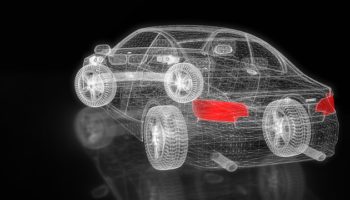 Cars Designed with Pedestrians in Mind

Vehicle crash engineers are redesigning the structural elements of cars to protect pedestrians involved in car accidents. By focusing on softer vehicle bumpers and hoods and pedestrian detection systems, pedestrians will suffer fewer, less severe injuries if hit by a car. Pedestrian injuries and fatalities are on the rise and account for an increasing number of deaths in car crashes. In 2012, there were 32,367 traffic fatalities, and 16 percent occurred outside of the car to pedestrians.

Most pedestrian injuries and fatalities involve frontal crashes caused by a single passenger vehicle moving forward that hits a pedestrian crossing a roadway. Pedestrian injuries caused by car crashes are usually severe, because the victim is thrown into the air and then hits the ground at great impact. Most pedestrian deaths occur due to head injuries and traumatic brain injuries that result from impact with the car or road. Non-fatal injuries often result in long-term or permanent disabilities that hinder mobility and cognitive functions.

To protect pedestrians in vehicle crashes, car crash engineers are focusing on special design features that can lessen pedestrian injuries and fatalities. These features include:

The European Volvo V40 hatchback is the first vehicle equipped with an external airbag to protect a pedestrian’s head in a crash. The external airbag has sensors that detect a likely car collision. When sensors detect a crash, the airbag deploys from beneath the car’s hood and covers the car’s windshield and windshield pillars, a prominent place where a pedestrian’s head lands in a frontal crash. Volvo’s external airbag protection is combined with an automatic Pedestrian Detection system that applies the car’s brakes when the driver doesn’t respond fast enough to a pedestrian in front of the car. The pedestrian detection system is designed to stop a car traveling at speeds up to 21 miles per hour. Radar located within the car’s grill detects the distance between objects in front of the car, and a camera located in the car’s rear window determines what the object actually is.