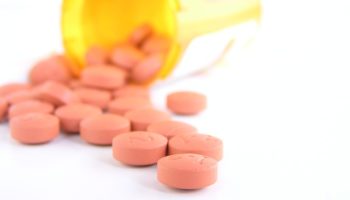 Marketing off-label prescriptions is legal in the United States, but health officials are concerned about how this practice may be putting patient safety in jeopardy. Although many physicians use both on-label and off-label drugs when needed, many off-label uses are not approved by the Food and Drug Administration (FDA). The promotion of off-label drugs has encouraged FDA actions for misbranding and invited penalties and criminal charges under the False Claims Act.

The Future of Off-Label Marketing

In recent years, there has been a trend in the healthcare sector that promotes more alternative forms of medical care in the U.S. Proponents of off-label drug marketing argue that patients have the right to use effective off-label prescriptions for certain health problems.

A recent settlement in 2016 between the FDA and the Amarin Corporation marks a significant change in FDA policies on off-label drug marketing. The settlement allows Amarin, a pharmaceutical company, to engage in truthful promotion of Vascepa for off-label use. Vascepa, Amarin’s only approved product, is a fish oil product that lowers serum triglyceride levels.

Several years earlier, Amarin received FDA approval for Vascepa in patients with triglyceride levels of 500 mg or greater. However, in 2013, the FDA rejected its previous approval and stated that this range of lowered triglycerides was not connected to a lower risk of cardiac events. As a result, Amarin filed a lawsuit against the FDA based on First Amendment rights. Amarin stated that these rights allowed them to promote Vascepa information that showed previous evidence of a positive link between reduced cardiovascular risk in patients and lowered triglycerides levels.

In 2002, the U.S. Supreme Court extended First Amendment protection to compounding pharmacies for the first time when they challenged FDA rules prohibiting the solicitation and marketing of compounded drugs as prescription medications. The Supreme Court held that FDA rules violated a compounding pharmacy’s First Amendment right to free speech. In 2012, the Second Circuit Court of Appeals overturned a conviction for a pharmaceutical sales representative who was promoting off-label drugs to physicians.

The FDA settlement with Amarin and the previous decisions by the Courts had a significant impact on off-label marketing. These decisions will likely open doors for more companies in the future to promote off-label drugs, as well as direct-to-consumer advertising.