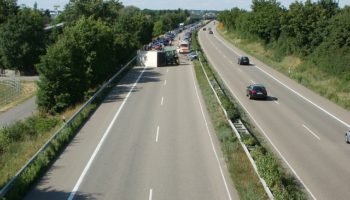 An increase in fatal auto accidents is believed to be linked to a rise in cell phone use while driving, but crash statistics often under-report distracted driving as the cause of death.

In the last two years, there has been a 14.4 percent increase in U.S. traffic fatalities. In 2016, there were over 100 people killed every day in car-related accidents. Regulators are puzzled by the spike in crash-related deaths, since statistics on driving mileage, speeding and drinking have shown few changes. Although death from distracted driving is often difficult to prove, regulators suspect that the recent rise in fatalities seen by an auto accident attorney may be linked to cell phone use while driving. Between 2014 and 2016, the number of Americans who owned an Android phone or iPhone increased to 81 percent, but only one in seventy road fatalities are officially linked to distracted driving.

In recent years, the number of people who own cell phones has increased and the use of social media sites has also expanded. With Facebook, Twitter and Instgram, texting and shooting videos while driving has become a common occurrence, especially among the young people. In 2015, studies show that more than 70 percent of Americans were sharing photos and information on social media sites.

According to traffic accident statistics, the increase in recent fatalities has been largely seen among motorcyclists, bicyclists, and pedestrians, groups that are more vulnerable to death if hit by a moving vehicle. In 2016, almost 6,000 pedestrians were killed by motor vehicles in the U.S., resulting in a 22 percent fatality increase seen by an auto accident attorney since 2014.

Unless a driver admits to being on a cell phone at the time of a crash, it’s difficult to collect reliable evidence. However, there are other ways to indicate the likelihood of cell phone use during a crash including:

According to the National Highway Traffic Safety Administration (NHTSA), there is no reliable method to accurately determine how many crashes involve cell phone use, so it’s impossible to know the scope of the problem. However, with the widespread use of cell phones among Americans, the possibility of under-reported distracted driving fatalities raises major safety concerns with regulators and law enforcement officials.