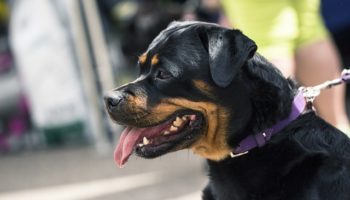 Canine Assault: The Breeds Most Likely to Maim

Certain dog breeds are considered more dangerous than others based on the frequency of attacks and the severity of injuries. When a dangerous dog attacks, the owner, and the owner’s insurance company may be liable for damages.

According to the Centers for Disease Control and Prevention (CDC), approximately 4.5 million people are injured by dog bites and attacks every year. Although injuries are caused by various sizes and breeds of dogs, some breeds are more likely to cause severe injuries and fatalities.

Recent studies of over 1600 dog-related injuries conducted at Children’s Healthcare of Atlanta identified 46 breeds of dogs. About 38.5 percent of injuries were caused by pit bulls, 13 percent by mixed breeds, and 8 percent by Labrador retrievers. Other large breeds considered dangerous include Rottweilers, German shepherds, and chow chows. Small breeds like terriers and Chihuahuas are often aggressive, but injuries tend to be less severe due to their small size. In the five percent of patients who needed surgery due to severe head and neck injuries, 50 percent were attacked by pit bulls. The single fatality was a 5-year-old girl who was bitten in the head by the family pit bull. She later died after complications from an emergency craniotomy. Dog bites and attacks often result in serious injuries or death, especially to small children who can be seen as prey.

When dog bites and attacks occur on the personal property, injuries are usually covered by homeowner’s insurance up to the policy limits. If the injured party files a lawsuit through a personal injury lawyer, additional damages may be awarded if other avenues of recovery are discovered.

According to the Insurance Information Institute, dog bites and dog-related injuries totaled more than $680 million paid out in homeowner’s insurance claims in 2017. To protect against big losses, some insurance companies now refuse to cover injuries by certain dog breeds that are considered dangerous or dogs that have a previous history of attacks. Companies who do insure them often raise their premiums or require homeowners to sign liability waivers. In 2017, California had the highest number of dog bite injury claims at 2,228 with $90.4 million paid out in damages. Illinois ranked fifth with 901 claims and $33.2 million paid in damages.