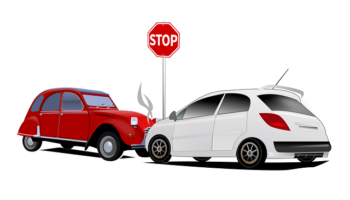 Where Most Car Crashes Happen

Most vehicle accidents happen in or near street intersections and are often the result of negligence and failure to obey traffic laws. These accidents may involve other motor vehicles, pedestrians, and cyclists.

Statistically, intersections are the deadliest place on the road. Over forty percent of all accidents and more than half of those resulting in injuries or fatalities happen at intersections.

The frequency of these accidents is linked to several factors. Multiple roads converging increases the flow of traffic past a single point, heightening the potential for a collision. Drivers make turns, slow for traffic signals or make other maneuvers that further increase the likelihood of contact with another vehicle, and pedestrians and cyclists are encountered in the roadway more often at intersections

The number of intersection-related injuries and fatalities indicates that a trip to the local grocery store may be more dangerous than a cross-country excursion on an interstate.

Several factors contribute to the severity of injuries in an intersection accident, including:

Drivers and others are responsible for exercising caution and obeying traffic laws in intersections. Persons injured in intersection accidents due to the negligence of another may be entitled to compensation.

Understanding the victim’s movements in the intersection, as well as the actions of other drivers, pedestrians, and cyclists who were present, is essential to determine the cause of the accident. External conditions such as weather, obstructions and road conditions may also have played a part and must be considered.

A car accident attorney reviewing a claim for damages will attempt to identify circumstances that may have contributed to the accident. If negligence is indicated, the victim may be able to recover damages for their injuries, pain, suffering and lost income.