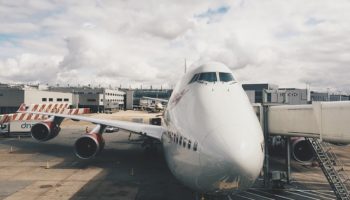 Are Used Planes and Old Parts a Recipe for Injuries and Fatalities?

The Dangers of Flying in Older Model Planes

The FAA investigation raised concerns about the safety of flying on used or older model planes with old parts. Allegiant Airlines is known to be a low-cost airline offering cheaper fares on most of its flights. The FAA alleges that Allegiant buys used planes to keep costs down, so they can offer cheaper fares and increase profits. Allegiant operates many used planes that range from 11 to 32 years old. Many planes are known to have problems with burning excessive fuel and mechanical problems during flights. Allegiant’s jets average 22 years of age, while the average age of jets flown by other airlines is 12 years. Allegiant has a large inventory of operating McDonnell Douglas MD-80s, an aging model that has been retired by all other U.S. airlines except two.

In 2015, Allegiant jets made 77 sudden and unexpected landings due to serious mechanical failures including failing brakes, leaky hydraulic systems, and engine fires. In the same year, 42 out of 86 Allegiant planes broke down in mid-flight at least once, forcing 15 planes to land because of failing engines, 9 because of overheating tail compartments, and 6 because of excessive smoke on the plane. Airline mechanics confirm that Allegiant commonly repairs failed plane parts, then puts them back into planes, only to see them fail and increase the risk of accidents and injuries.

In 2016, the FAA launched a three-month review of Allegiant’s maintenance, training, and operations programs to investigate ongoing mechanical problems. They found that the airline failed to submit required paperwork for a mid-flight engine shutdown, but no enforcement actions were taken after Allegiant addressed the problems.