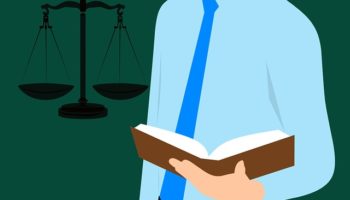 Did Your Injury Lawyer Have Mill Mentality?

The advertising of some injury law firms give the appearance they provide high-quality, personal representation, when, in fact, they turn out to be settlement mills. These high-volume personal injury practices rarely take a case to trial. Their business model is predicated on settling large numbers of cases quickly. These clients often receive less compensation than they would if their attorneys invested more time in the cases. In extreme cases where a client’s attorney has failed to provide a minimum level of effort on a client’s behalf, the attorney may be held liable for the damages caused by their professional malpractice.

Why Fast Settlements Are Not Always Good

Many people might be tempted to contact the lawyer whose face appears on their television, but it’s important to remember that those ads are likely the only times the client is likely to see an actual attorney. In most cases, individuals will only work with a paralegal and may never speak with a lawyer.

Settlement mill lawyers typically don’t intend to go to trial so they don’t usually learn the details of a case or provide clients with the personal attention or resources they need to fully recover. Instead, people with permanent injuries are often left footing the bill for life-long medical treatment.

Settlement mills often work to maximize the number of settlements they achieve, and insurance companies reportedly prefer these mills because the firms will accept smaller settlements and then move on to a new case. Insurance companies often pay out a few thousand dollars on a large number of cases, even the more questionable cases, to avoid having to go to trial over that occasional case that could otherwise cost them millions of dollars.

Ultimately, because of the importance of making and saving money on both sides, injury victims are often pressured to accept quick settlements that offer far less money.

While individuals may want to act quickly if they believe they have a viable case, it’s also important for them to make sure that they find a trusted lawyer. Comparing lawyers and learning about their reputation among clientele before making a selection will help people avoid becoming victims of settlement mills.