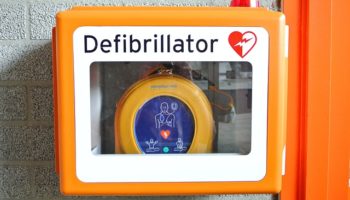 Faulty Stryker LIFEPAK 15 Monitor/Defibrillators have been responsible for at least six deaths. The units are known to lock-up and freeze after a defibrillation shock is delivered. The issue, which impedes the delivery of lifesaving therapy, has resulted in the mass recall of over 13,000 units in need of an update.

The LIFEPAK 15 was made available in 2009. Since then, 58 complaints have been made regarding malfunctions. In all six incidents that involved the death of an individual, at least one shock had been delivered before the device locked up.

The specific condition entails the appearance of a blank monitor display with its LED lights on. This indicates that the device is receiving sufficient power but there is no response in the device functions or keypad. When a device freezes up, lifesaving electrical shocks may be delayed which could result in severe injury or death.

On February 1, 2019, Stryker made the announcement that they were contacting customers in possession of these devices to schedule updates, including updates to the products’ firmware. Stryker has stated that all devices requiring updates will receive them by December 31, 2019.

Unfortunately, Device Automatic Self-Tests have failed to identify this fault because of its occurrence during the defibrillation process. Customers are advised to continue to perform daily checks in accordance with the Operator’s Checklist. This particular check is the QUIK-COMBO check. Customers can find details in the General Maintenance and Testing Section of the Checklist.

Are There Risks with Implantable Defibrillators?

One of the more recent developments in defibrillator technology is the introduction of implantable cardioverter defibrillators (ICDs), implants that provide continuous monitoring of heart rhythm and are similar to pacemakers. They can provide lifesaving treatment if cardiac arrhythmia occurs, without the need of a third party. When operating correctly, they are among the most effective treatments and are generally safe, but there are certain surgical and post-surgical complications that can occur with ICDs.

Following implantation, ICDs could experience certain issues, including the movement of leads resulting in dislodgement or lead fractures, which could make the ICD less effective or even initiate shocks. The ICD generator could also move out of its proper position, causing pain, bleeding, or skin erosion.