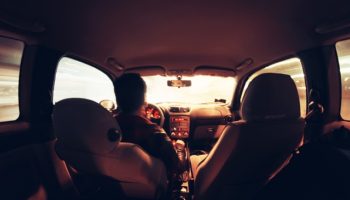 Road Rage Is Real in Illinois

Road rage is a huge problem among drivers across the country, and Illinois is no exception. Drivers exhibiting road rage put themselves, other drivers, and passengers at risk of injury or even death in some cases, which makes this behavior one of the biggest threats to traffic safety.

What Exactly Is Road Rage?

As the National Highway Traffic Safety Administration defines it, road rage is simply the act of causing harm to vehicles or people while on the road. Instances of road rage aren’t limited to vehicles, either, as many use other weapons to cause harm. Road rage can also involve any violence that passengers perform in a vehicle.

The most common behavior associated with road rage involves:

Why Road Rage Puts Drivers and Passengers at Risk in Illinois

Road rage incidents occur frequently in Illinois along with the rest of the U.S., with one notable instance occurring as recently as March 2019. In this instance of road rage, police arrested a 44-year-old Montgomery woman following a road rage incident that took place in Naperville while her child was present in the vehicle.

The incident involved the woman allegedly yelling obscenities at another driver one evening. She then rammed the other driver’s vehicle while her daughter was in the vehicle, which resulted in charges of reckless driving, child endangerment, driving without a valid license, and criminal damage to property.

While nobody was injured in this interaction, many instances of road rage often result in serious injuries and can even be fatal in extreme cases. Men are also statistically more likely to exhibit signs of road rage, but this is particularly the case regarding extreme cases. Studies have found that men are three times more likely to get out of the vehicle to confront the other driver and engage in a fight. Some cases have even led to shootings or suicides.

Avoiding Conflict on the Road

If anyone exhibits road rage while driving, it’s best to look the other way and avoid any confrontation. Not only does road rage put the drivers involved at risk, but it also poses a risk to everyone else nearby. Avoiding aggression on the road is the best tactic for preventing car accidents, injury, or property damage.