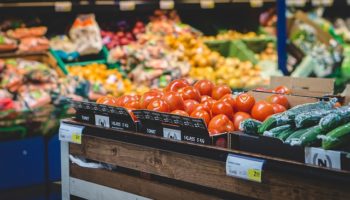 When Manufacturers and Suppliers Screw Up

When food in restaurants or grocery stores is contaminated with foreign objects, bacteria, or disease and people are injured, the companies that manufacture or supply the products may be liable for customer injuries and for losses suffered by the businesses. A commercial litigation attorney often helps determine the source of the contamination and recovers damages for companies who lose money due to loss of public confidence, negative press, and loss of inventory. In the foodservice industry, such losses can be significant.

Food poisoning occurs when individuals consume products that cause illness due to the presence of harmful bacteria such as listeria, E. coli, or salmonella. Poisoning sometimes results from improper handling on the part of restaurant staff, such as when food sits out for too long or isn’t thoroughly cooked prior to serving. However, when food contains foreign objects such as rocks, glass, animal parts, or other contaminants, food poisoning can also occur. Food contaminated with bacteria or foreign objects or substances could be the result of mishandling, improper preparation, or unsafe shipping by suppliers and manufacturers.

When Suppliers and Manufacturers Are Liable for Contamination

If food contamination can be linked to manufacturers or suppliers, these entities can be held liable. Culprits could include the company that sourced or grew the food, producers responsible for refining the food, wholesalers, or shippers.

Proof Needed to File a Claim

There are two legal theories that enable restaurants to sue manufacturers and suppliers for food contamination and losses: strict liability and negligence.

Negligence with regard to food contamination requires proof that the defendant didn’t act reasonably in the situation or take proper steps to prevent contamination, resulting in harm.

When contaminated food is discovered in a restaurant or grocery store, the company often suffers substantial losses. In many cases, the establishment must be shut down while the investigation is completed. Once news of contamination or foodborne illness spreads, the company’s reputation may be severely damaged. The loss of business often forces smaller restaurants and grocers to close their doors permanently.