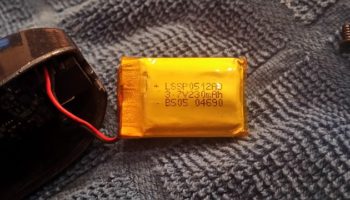 Some Electronic Devices Are More Dangerous than Others

Devices powered by lithium-ion batteries have the potential to catch fire or explode while in use, causing serious injuries or death.

Lithium-ion batteries pose risks of fires and explosions that can result in burns, amputations, and even death. Popular with many manufacturers of electronic devices, these small batteries can fit in tiny spaces and store a lot of energy. They can quickly recharge without wearing out, but their energy creates a significant amount of heat. If the heat is not properly controlled or contained, compounds inside the battery cell can catch fire or explode.

Lithium-ion batteries are commonly used in a variety of popular consumer electronic devices such as smartphones, laptop computers, hoverboards, and e-cigarettes. Over the last few years, fires and explosions caused by lithium-ion batteries in these products have been widely publicized and linked to numerous product recalls. In 2016, Samsung recalled 2.5 million Galaxy Note 7 smartphones that burst into flames due to flaws in the battery cells. Hewlett Packard recalled approximately 50,000 HP Compaq and Compaq Presario, HP Pavilion, HP ENVY, and HP ProBook computers after consumer complaints of overheating, melting, and charred battery packs. The Consumer Product Safety Commission reports over 99 electrical fires linked to hoverboards, and hundreds of reports related to e-cigarettes catching fire or exploding.

The complex design and ability to store large amounts of energy make lithium-ion batteries more likely to overheat and explode than alkaline batteries. Most problems occur while batteries are charging, but there are reports of fires and explosions even when devices were not charging or in use. Common causes of problems include:

When manufacturing defects cause lithium-ion powered devices to catch fire or explode, manufacturers may be held liable for property damages and physical injuries, if the defect caused the fire or explosion, the device failed to operate as marketed or advertised, or there were inadequate product instructions or warnings.