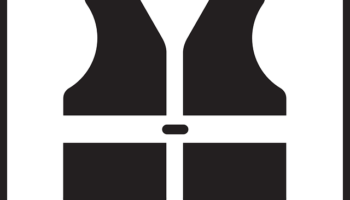 Defibrillator Vest Defects Could Be Deadly

Recent deaths have been linked to the Zoll LifeVest, a defibrillator vest that’s attached to an external heart monitor worn by patients in danger of heart failure.

The Federal Drug Administration (FDA) has issued a safety alert for the Zoll LifeVest after patient deaths occurred. The wearable defibrillator vest is attached to a heart monitor that tracks a patient’s heart rhythms. According to the FDA alert, the device displays error messages and fails to charge properly for defibrillation. If a problem occurs during normal operations, the monitor prompts the LifeVest to display a “Call for Service” message code on the device screen. There have been numerous reports of false error messages that alert patients of a service problem, creating panic because patients expect their defibrillator to go off, but it fails to activate.

In 2015, an 11-year-old girl was put in danger by her defective Zoll LifeVest. She was wearing the vest while recovering from emergency heart surgery. The LifeVest was meant to protect her from heart failure by delivering shocks if she went into sudden cardiac arrest. Instead, the vest routinely sounded warning alerts that terrified the entire family, burned the victim, and caused her pacemaker surgery to be delayed.

In 2013, a Florida woman died after her Zoll LifeVest failed to function properly during a defibrillation event. The device made an audible alarm, but did not shock the woman. The woman lost consciousness and died several days later. The woman’s son filed a complaint with a Florida state court, but Zoll moved the case to federal court where it was later dismissed.

The Zoll LifeVest was approved by the FDA in 2001. Currently, it’s the only wearable defibrillator vest on the market. The vest has been prescribed by physicians for more than 35,000 patients with various heart problems. In 2015, the LifeVest was approved for young children, but it has not yet been modified to fit them properly.

There are numerous reports of problems with the Zoll LifeVest, but many patients are unaware of the injury risks associated with these devices. The FDA loosely regulates medical devices, but they are not required to meet the same safety standards as drugs and medications. Although Zoll insists that the risks associated with their LifeVest are minimal, reports by patients of open skin sores, rashes and multiple, unnecessary shocks without warning are common.