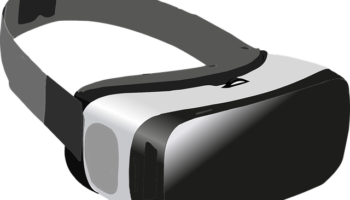 How Virtual Reality Can Hurt Your Kids

According to new studies, virtual reality headsets pose health risks to users, particularly to children. Scientists at Leeds University in the U.K. have found evidence that links the continual use of virtual reality headsets to a variety of health problems in children. Studies show links to disorientation and confusion, dizziness, headaches, balance problems, and severe eye strain when wearing virtual headsets on a continuing basis. Leeds University has been working in close collaboration with British companies who manufacture virtually reality equipment. The studies are among the first to be carried out to show the health effects on users of virtual reality headsets.

Is Virtual Reality Hurting Your Kids?

In virtual reality devices, a virtual three-dimensional world is displayed on a 2D screen. Scientists state that this places a strain on cognitive functions and vision. To test the health effects of the headsets, scientists studied children from age eight through age 12 who used the headsets to play a 20-minute game, then examined them after the game. Although exams showed no serious deterioration in eyesight, they did show significant problems with disorientation, dizziness, and balance problems, even after a 20-minute game.