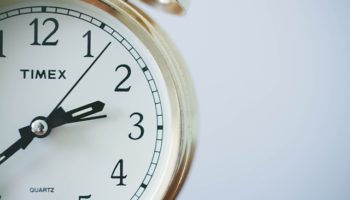 When Does the Timer Start for a Legal Malpractice Claim?

In an Illinois legal malpractice claim, the timer for the statute of limitations begins ticking when the wrongful act or omission by the attorney is first discovered in most cases. The time limit for filing such a claim is two years from when the legal malpractice became known or should have been reasonably known by the injured client. Once the statute of limitations runs out, the court will refuse to hear the case.

Understanding How Statute of Limitations Apply

Laws governing statute of limitations allow for a specific window of opportunity to file a lawsuit. Typically, a wronged client would need to file a legal claim within two years of experiencing the malpractice. To avoid getting shut out of bringing a malpractice action to court, injured clients should act quickly to file a claim as soon as the wrongdoings are discovered.

But what if an attorney’s misdeeds are not discovered within two years of the client’s working relationship with the attorney? The statute of limitations includes a statute of repose for filing a claim, which exists in addition to the two-year window. Under the statute of repose, a wronged client has up to six years to bring a claim against his or her attorney. This is regardless of when the malpractice occurred or when it should have been reasonably discovered.

Consider that a client experienced wrongful actions with his attorney on June 1, 2013. A reasonable expectation would have been that the client would have discovered the actions within two years. However, the client did not discover the wrongdoing until November 23, 2018. The client could still file a legal malpractice claim before June 1, 2019. But if the client were to discover the wrongful actions a year later on November 23, 2019, he would be barred from bringing the action to court.

Why Would a Client File a Legal Malpractice Claim?

All Illinois attorneys are expected to abide by the Illinois Rules of Professional Conduct. Attorneys are hired by their clients and are expected to act in their best interests. Despite an attorney’s best efforts, legal cases do not always go in the favor of his or her client and this may not be because of malpractice. But when an attorney fails in his or her duties, whether ethically or professionally, this is considered if it results in some type of harm or loss the client.